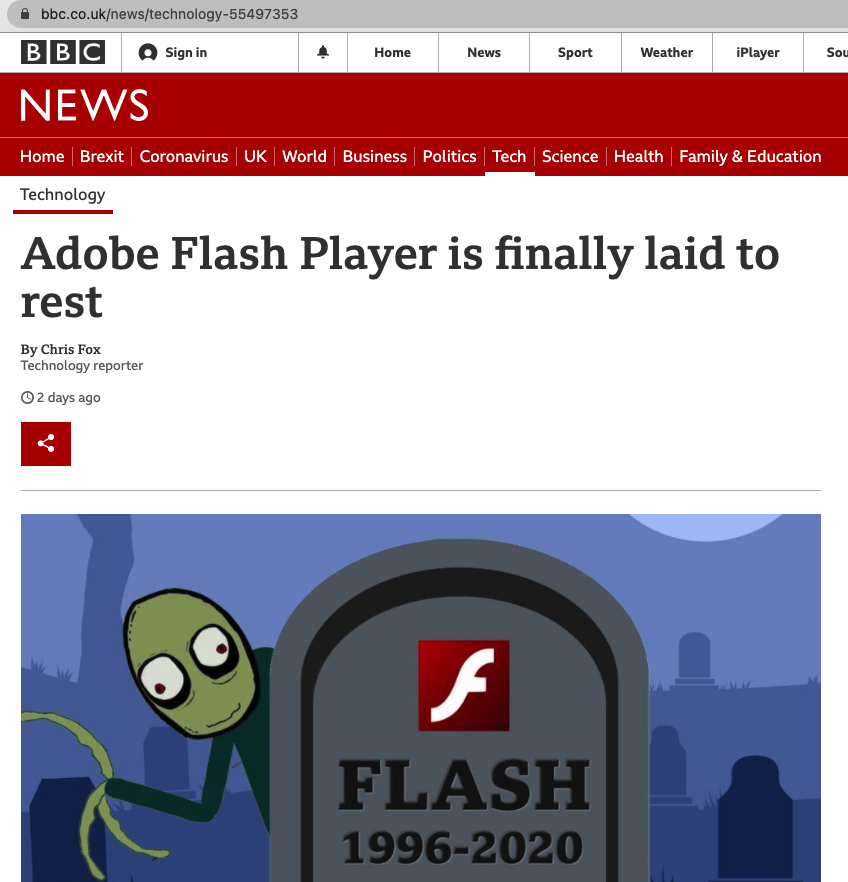 When Change happens quickly and

The Risk of Failure increases exponentially !

Still thanks to Google Chrome, Flash lived much longer than expected!

Adobe Flash Player, the browser plug-in that brought rich animations and interactivity to the early web, has officially reached the end of its life. Released in 1996, Flash was once one of the most popular ways for people to stream videos and play games online.